Scroll to explore
Back to Press

Cannabis Infused Drink Mixers for When You Just Wanna Chil 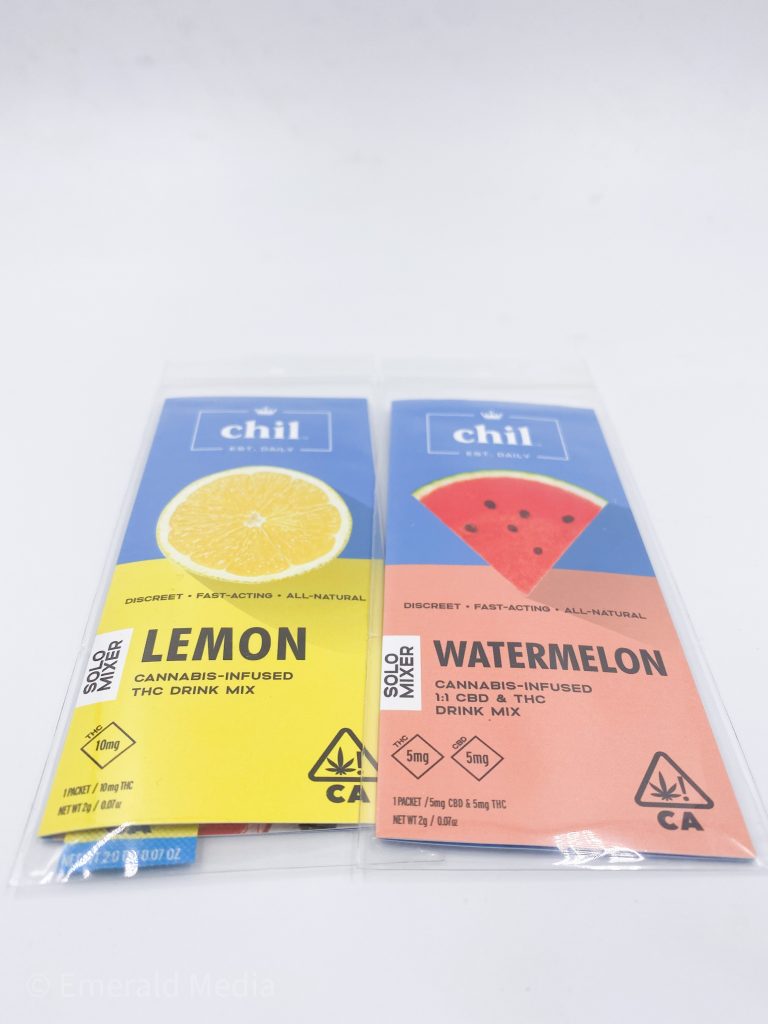 Chil mixers are adding new meaning to the term “chilled” drink. This week, I tried out two different cannabis-infused drink mixers from Chil, a California-based cannabis company whose main goal is to make edibles for those who want to relax.

I tried out two of the powdered drink mixers, a 10mg THC-infused lemon flavored one, and a watermelon mixer with 5mg THC to 5mg CBD. They’re both labeled as fast acting, discreet, and all-natural. They come with small booklets that tell you how to use the packets and what they’re supposed to make you feel.

The chil mixers can be used as mocktails, or added to beverages like lemonade, cranberry juice, sparkling water, or a water bottle, which is what I did.

If I had to do it over again, I would add it to a drink with more flavor because the flavor in the packet itself was barely noticeable. It tasted as if only a few drops of lemon were added to the water. The water bottle I put it in was also large, about 32oz, so there was a lot of it to drink and I got sick of the flavor after a while.

As for the effects, it was really relaxing. It took about twenty minutes to feel the effects, which was advertised on the packets. These would be best for a beach day or when lounging around all day. After a while I began to get tired, so maybe plan a nap for the day you try these.

The watermelon option had less THC and more CBD. It was labeled as having a social/relieving effect, which I took to mean you’re supposed to feel more lively with this one.

I learned from my mistakes with the lemon mixture, and put the watermelon mix in a smaller cup, only about 12 oz, so there was less to drink. There was still hardly any flavor — just the smallest hint of watermelon — but I liked this one better, and didn’t mind sipping on it for awhile.

When I tried this one I was not having the greatest mental health day, and I think the relieving effects of this drink really did help. My mood started to lighten and I felt more calm and focused. I even kept reaching for the glass after I had already finished it!

As such, I recommend this drink mix for people with anxiety, or even if you’re just feeling stressed and need a breather.

Overall I thought these were really cool cannabis infused drink mixers. The company emphasizes dosing responsibly and these packets are a great way to do that. I never felt high, just relaxed and happy. The flavors themselves could use some work, but thankfully they didn’t taste like cannabis as some edibles do.